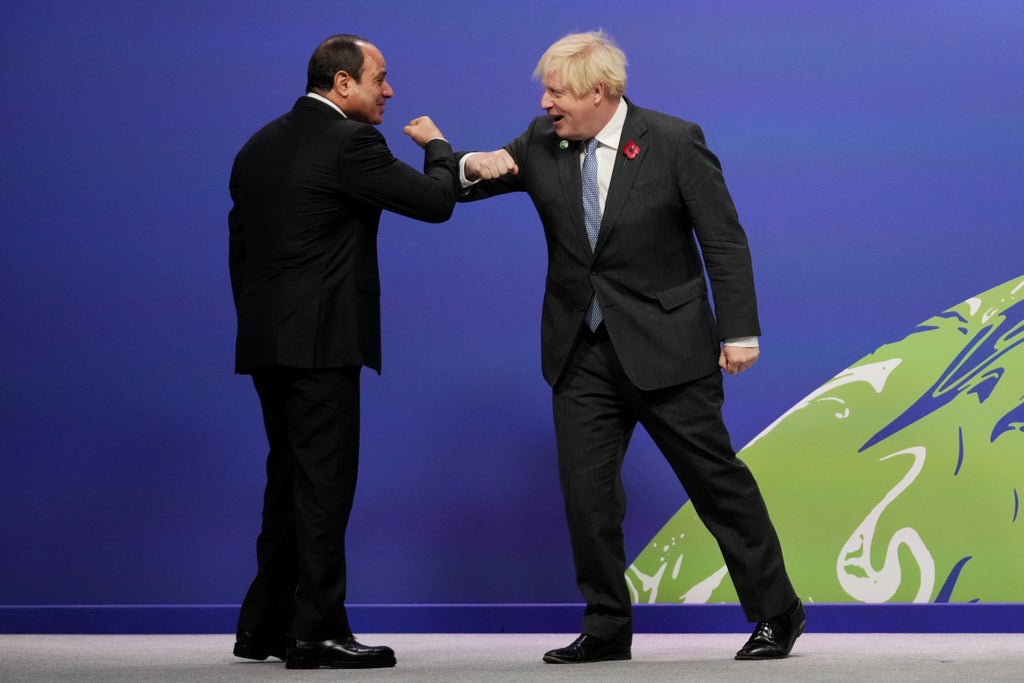 PResident Abdelfattah el-Sisi’s words were visibly strong when he announced last week on Twitter his decision to remove the state of emergency for the first time in four years, claiming Egypt had become “an oasis of security and stability for the region.”

However, the discreet optimism that followed among citizens, foreign diplomats and experts quickly turned into doom and sorrow.

On Sunday, Egypt’s parliament passed legislative proposals by the Sisi government that will strengthen the president’s and military’s national security powers. The changes were passed with a landslide and included the well-known Counterterrorism Law.

The president was given the power to issue prison sentences of up to 15 years in prison if a convict defied his curfew or evacuation agreements. The filming, recording or broadcasting of a terrorism trial will be considered a legal offense which could lead to payment of a comprehensive fee of up to £ 14,000.

The military will also be permanently granted full control of crucial infrastructure facilities after Sisi ratifies the amendments, including gas lines, oil fields, power stations, railways and road networks. Those charged with mishandling or damaging such facilities will face trial in a military court.

And an investigation into the military, its current or former members, without the written approval of the army, will be punished with up to six months in prison or a fine of £ 2,300.

“Some of the amendments made are not provisions that have existed in the emergency law, but interim measures that have been part of Egypt’s legal landscape since 2013, only gaining steady fortification,” says Hafsa Halawa, a non-resident scholar at the Middle East. Institute. .

The reality is that the legislative changes are almost identical to the vast powers that the government previously enjoyed under the emergency law. It continues a tradition of rooting repressive measures into laws even before the introduction of the state of emergency by Mr. Sisi’s government.

Egypt’s legislation took a repressive turning point between 2013 and 2014 in the absence of an elected parliament. The then General Sisi, the de facto ruler of the country, oversaw the introduction of a large number of new laws and legal mechanisms to combat dissent and freedom of expression.

“These (new) amendments and the end of the state of emergency will not affect the ability of the law to continue to repress citizens,” says Halwa.

“Egypt’s human rights records are the result of a much deeper, entrenched mindset that seeks to deprive citizens of the pursuit of self-determination, including the abolition of personal freedoms. This mindset has been legally fixed since 2013,” she adds.

The brief rest that followed the cessation of the state of crisis quickly became a deep anger and fear among the many ordinary Egyptians. The Independent spoke who feel the government is taking advantage of security fears to introduce what means a constant state of emergency.

“As society greets the end of the state of emergency, it is a silent celebration,” says Mohamed El Dahshan, a collaborator at Chatham House.

Mr Sisi has witnessed unprecedented crackdown on dissent in Egypt after leading Mohamed Morsi’s military overthrow of the Muslim Brotherhood in 2013 amid massive protests.

But in the summer, his government sent positive signs of easing its grip on civil society and NGOs by releasing 46 prisoners, including democratic and human rights activists, some of whom spent years in prison without trial.

Mahienour El Masry, a prominent human rights lawyer, was among those released after nearly two years in detention. She questions the introduction of more powers into anti-terrorism legislation on the same day as Mr Sisi’s announced victory over terrorism.

“Preventing distribution of certain photographs of court hearings (in terrorist cases) preaches the concept of publicity of the hearings considered as a guarantee to justice,” she recounts. The Independent.

Tens of thousands of political prisoners are still in Egyptian prisons – tens of them have died in prison, according to the Human Rights Watch 2021 report on Egypt. Those imprisoned government critics include academics, journalists, lawyers, activists, Islamists and presidential candidates.

“Thousands of detainees who are innocent and have the same legal status I had were not yet released. So if there is a real intention to stop such actions, then they must be released,” El Masry says.

The latest amendments to some of Egypt’s most repressive laws, however, send a clear message to democratic defenders and human rights defenders that the government will not withdraw and accept significant change.

“This, of course, signals that the regime does not intend to significantly soften the level of repression in the country, which is actually taking away much of the brilliance of the announcement that the State of Emergency will end in January 2022,” Halawa observes. .

The Independent spoke with Egyptians with different ideologies and political tendencies – most of them preferred to remain anonymous for fear of government retaliation. Some of them showed apathy, which largely stems from disappointment with politics and a greater focus on their daily economic struggles.

But most, including Sisi’s most loyal supporters, tell a story of disappointment and regret the draconian powers the legislative changes give to the president and the military.

Many enjoyed short-term hope after the government announced a national human rights strategy in September and promised to review prison conditions, freedom of expression and political participation.

Even some of Mr. Sisi’s political cheerleaders could not hide their frustration.

Mohamed Sadat, a nephew of former Egyptian President Anwar Sadat, said he was not impressed by the latest push to maximize the president and the military mandate.

“I don’t think we need such amendments … We have just ended the state of emergency … the latest amendments give mixed messages or, let’s say, create a controversial position, especially after the launch of the human rights strategy,” Sadat said. who leads the Political Party Reform and Development, says.

Mr Sadat, 66, has played a key role in drafting the new human rights review and the release of a number of prisoners, as he has recently become head of the human rights government.

He says he has not been happy with the recent amendments. “People who watched this, here or abroad, were a little surprised, of course,” he recounts. The Independent.

Mr Sadat launched a “charming offensive” last month when he led a delegation of pro-government lawmakers and journalists to Washington to advance the government’s human rights agenda.

“They justified by reiterating that they need these changes (to guard) against threats and violations of national security. No one can discuss the need to protect national security if they recommend it,” he adds.

But critics say the trip to Washington, Cairo’s main ally, was a PR stunt aimed at securing Mr Sisi’s first summit with US President Joe Biden, which has almost given Egypt’s leader the cold shoulder since victory of the presidential race.

Mr. Sisi enjoyed a close relationship with Donald Trump, who once called him his “favorite dictator”. In his election campaign, Mr Biden advertised that he would not give Mr Sisi “white checks”.

Since then, Washington has pressured Egypt to release detained activists, journalists, and other critics and hold the hand of security organizations over political life.

In September, the administration announced that it would retain $ 130 million worth of military aid from the $ 1.3b annual aid from the United States to Egypt. A spokesman said Secretary of State Antony Blinken “will step forward with the use of $ 130 million if the Government of Egypt agrees to address specific conditions related to human rights.”

Mr Biden showed no interest in meeting Mr Sisi at the Cop26 summit in Glasgow. Instead, Mr Sisi was greeted with a meeting with British Prime Minister Boris Johnson.

Egypt aspires to host the Cop27 summit by November. The Prince of Wales and the Duchess of Cornwall will visit Egypt on 18 November to discuss the fight against climate change. The visit is seen as part of Britain’s efforts to advance Egypt’s bid for next year’s summit.

But Egypt would still need Washington’s blessing on the international stage to win the race for the high-profile event because it aims to polish its image.

“Biden will likely have to provide President Sisi with diplomatic legitimacy as Egypt progresses in its bid to host COP27 next year, which will inevitably weaken its stance on the domestic rights issue – probably on what the Cairo regime is counting on,” Halawa notes. .

Observers say the warm relationship between the two men is likely to continue after the latest amendments.

The United States, so far, has not publicly commented on these changes, reinforcing allegations by human rights defenders that countermeasures by U.S. officials are aimed at responding to domestic pressure and not inciting Egypt to adopt real change.

“Retaining 10 percent of military aid to Egypt is hardly more than a symbolic gesture and certainly does not equate to pressure with potential to influence politics, and it will be met by an equally symbolic gesture on the part of Cairo,” El. Dahshan says.

“For the Biden White House, much like previous administrations, human rights policy does not exist beyond the realm of symbolism.”