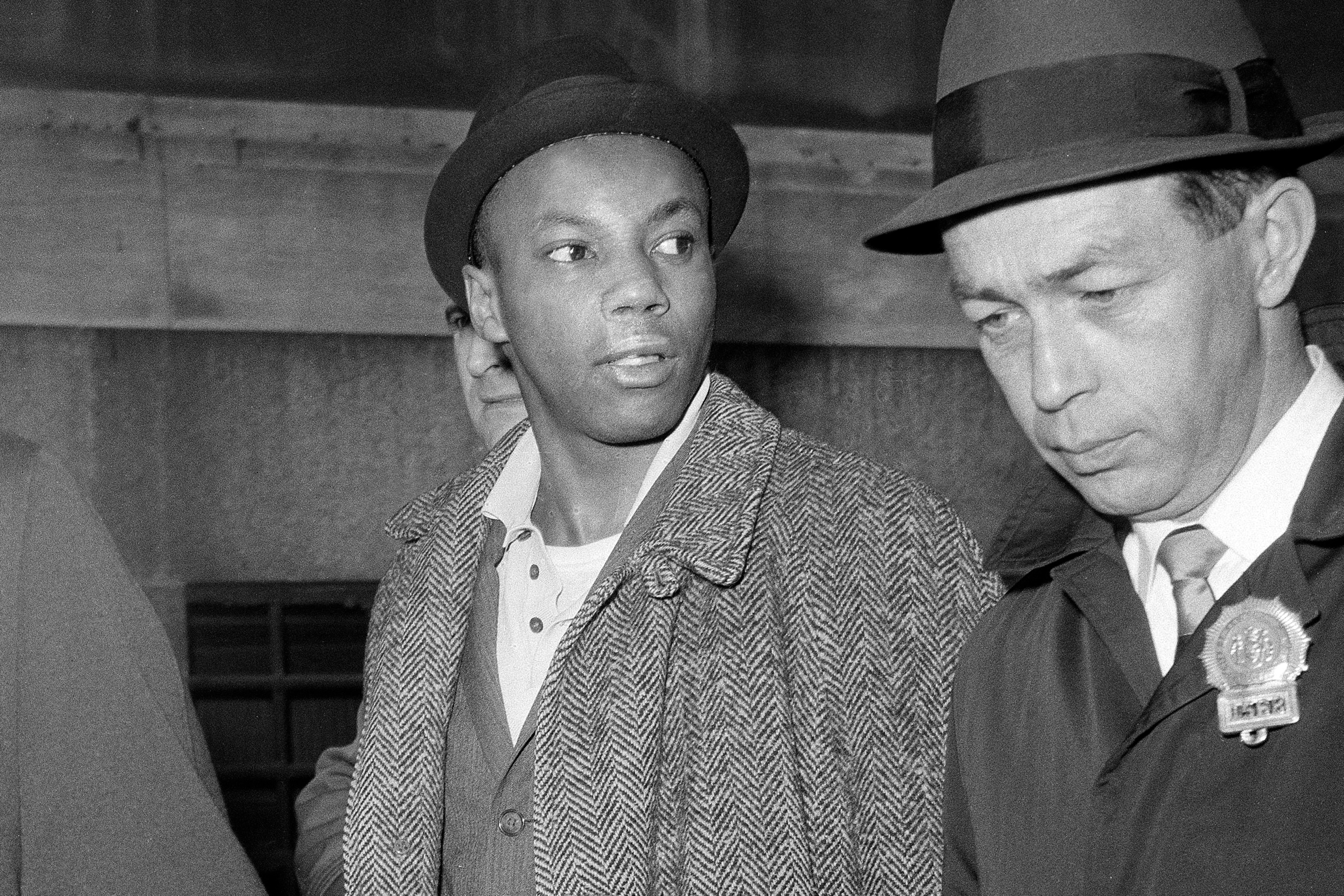 Muhammad Aziz, a suspect in the murder of Malcolm X, is escorted by detectives at police headquarters, after his arrest, in New York, on February 26, 1965. Aziz, formerly known as Norman 3XButler, one of two men convicted in the murder of Malcolm X, is removed after more than half a century, with prosecutors now saying authorities have withheld evidence of the killing of the civil rights leader, according to a news report on Wednesday, November 17, 2021. (AP)