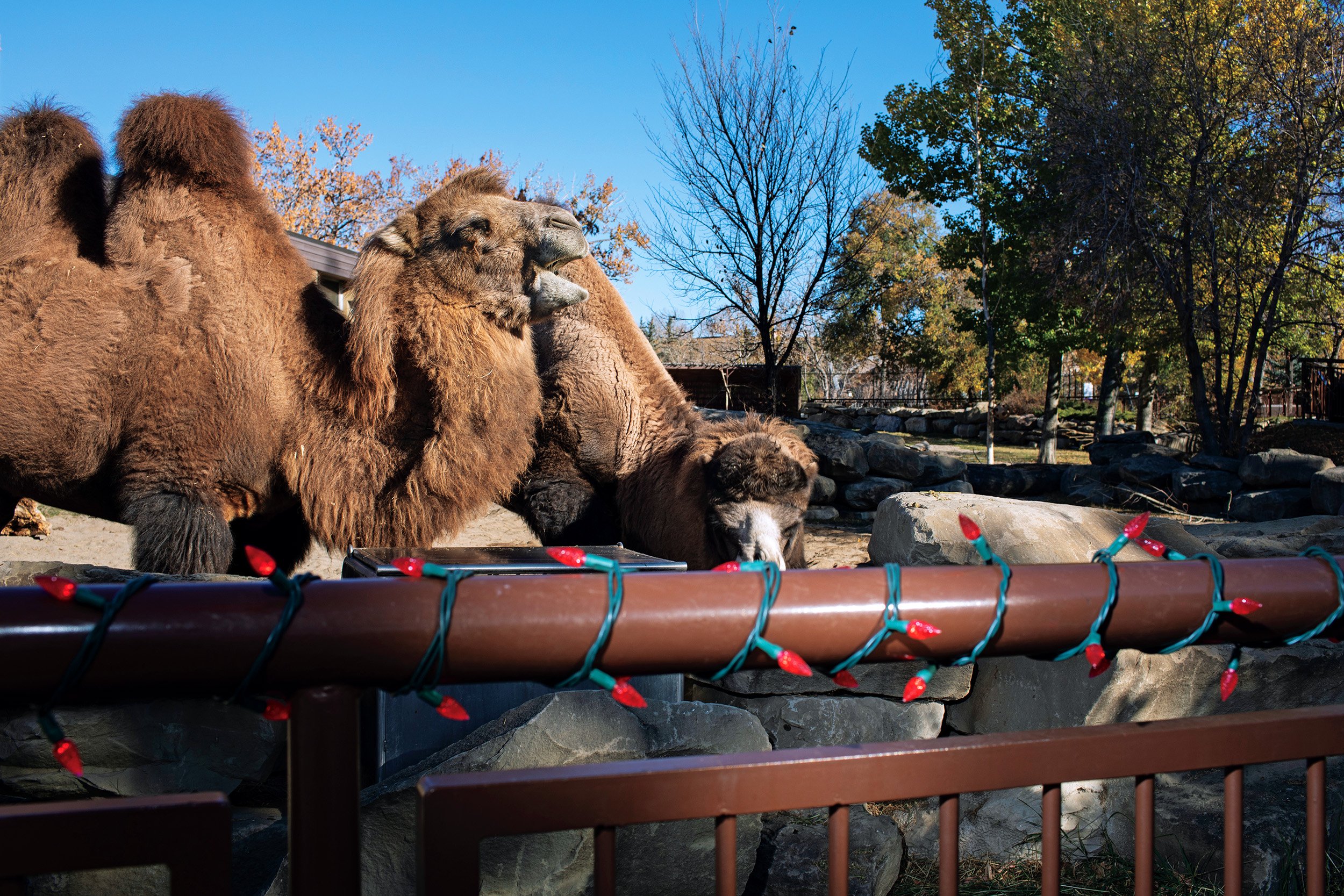 On a curly autumn day, as complex lights are cordoned off before the holiday season, a nail screams.

On the depiction is Zsa Zsa, one of the resident camels of the Calgary Zoo, preparing for her starring role in the 25th anniversary event ZOOLIGHTS, which is being held to support conservation programs. While most animals stay inside and run away from the crowd, Zsa Zsa and Ollie, the zoo’s other camel, always “choose to be ahead,” taking on the colorful scene and the holiday music, says spokeswoman Alison Archambault. “They really think they’re the stars of the show.”

For Ollie and Zsa Zsa, the fun is certainly in the people watching. Children with hot chocolates draw their parents, who drink boiled wine or spicy egg, to a prehistoric park with lighted dinosaurs. Families line up to meet a guy dressed in red and white. People throw axes around for sport because, according to Archambault, “nothing says Christmas like an ax.” What strange creatures.

This exhibition at the Calgary Zoo begins in November 2021 and lasts until January 2022.