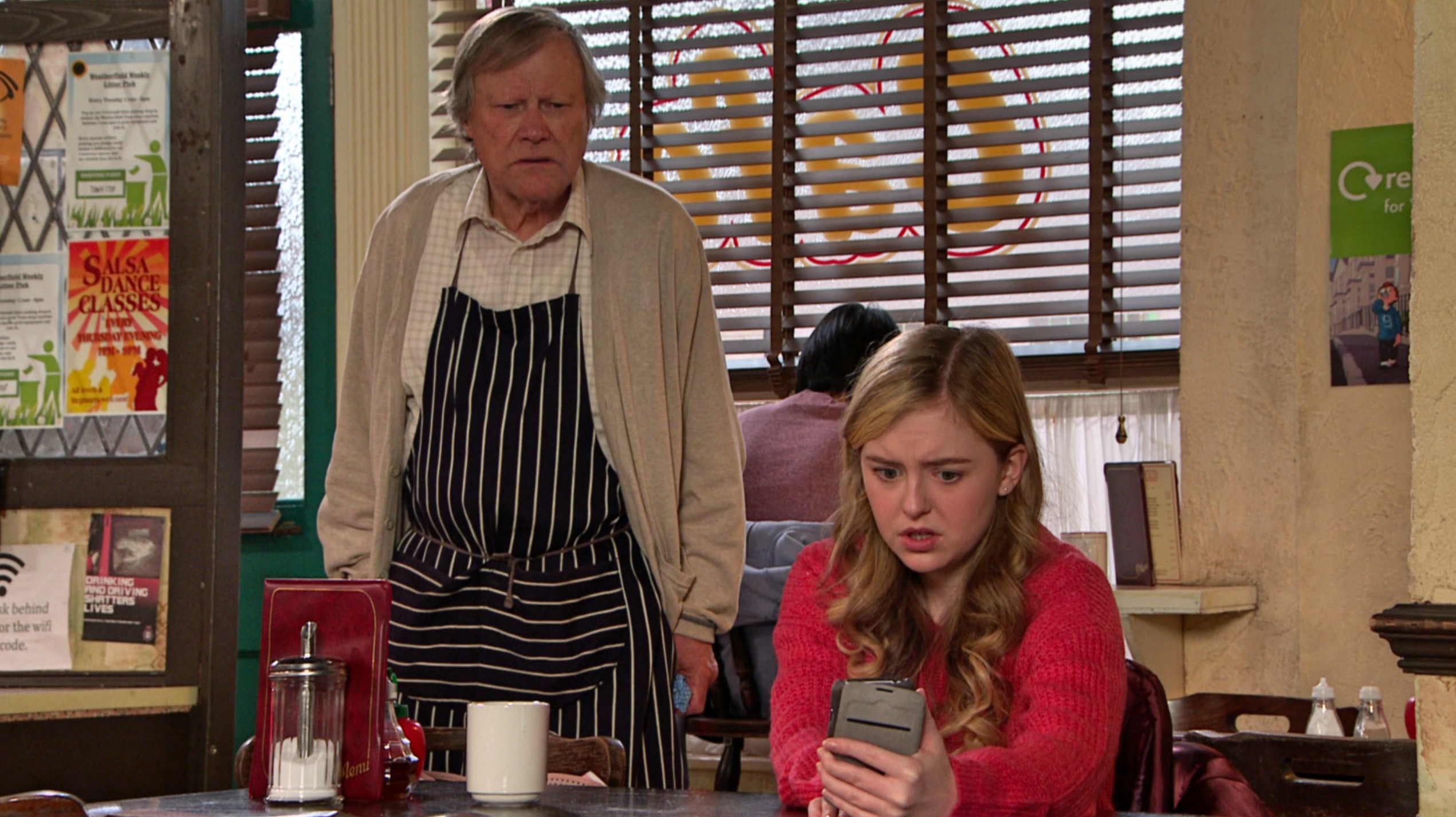 To view this video please enable JavaScript, and consider upgrading to a browser that supports HTML5 video

Roy Cropper (David Neilson) and Summer Spellman (Harriet Bibby) get the shock of their lives on Coronation Street as they watch Max Turner’s online movie.

Max reveals in upcoming scenes that he is currently working on a film in his own time that impresses Summer.

And when the week is over, he gives the finishing touches to the short video, which he then uploads to social media.

The above clip – taken from the Friday (November 19) edition of the ITV soap – sees Summer discover that Max has tagged her in an online poster, and when she starts watching the video, she is dismayed.

Max’s film is a documentary focused on the night of the sewer collapse, and to make matters worse, he suggests a conspiracy theory linking the deaths of Natasha Blakeman (Rachel Leskovac) and Johnny Connor (Richard Hawley), claiming they are police hiding. .

In addition, the short video features a clip of Sam (Jude Riordan), apparently filmed without his permission on the day of Natasha’s funeral. Max thanks Summer in the final seconds, making her feel terrible.

‘Did you know about this?’ Roy demands, prompting Summer to reveal that she had no idea what he was doing.

‘I’ll kill him!’, She clicks back, leaving to do some damage control.

But will she be able to convince Max to take off the clip before Sam sees it?

If you have a soap or TV story, video or pictures, please email us at soaps@metro.co.uk – we’d love to hear from you.

Join the community by leaving a comment below and stay up to date on all things soap on our homepage.

Includes exclusive content, spoilers and interviews before they are viewed on the site. Find out more »