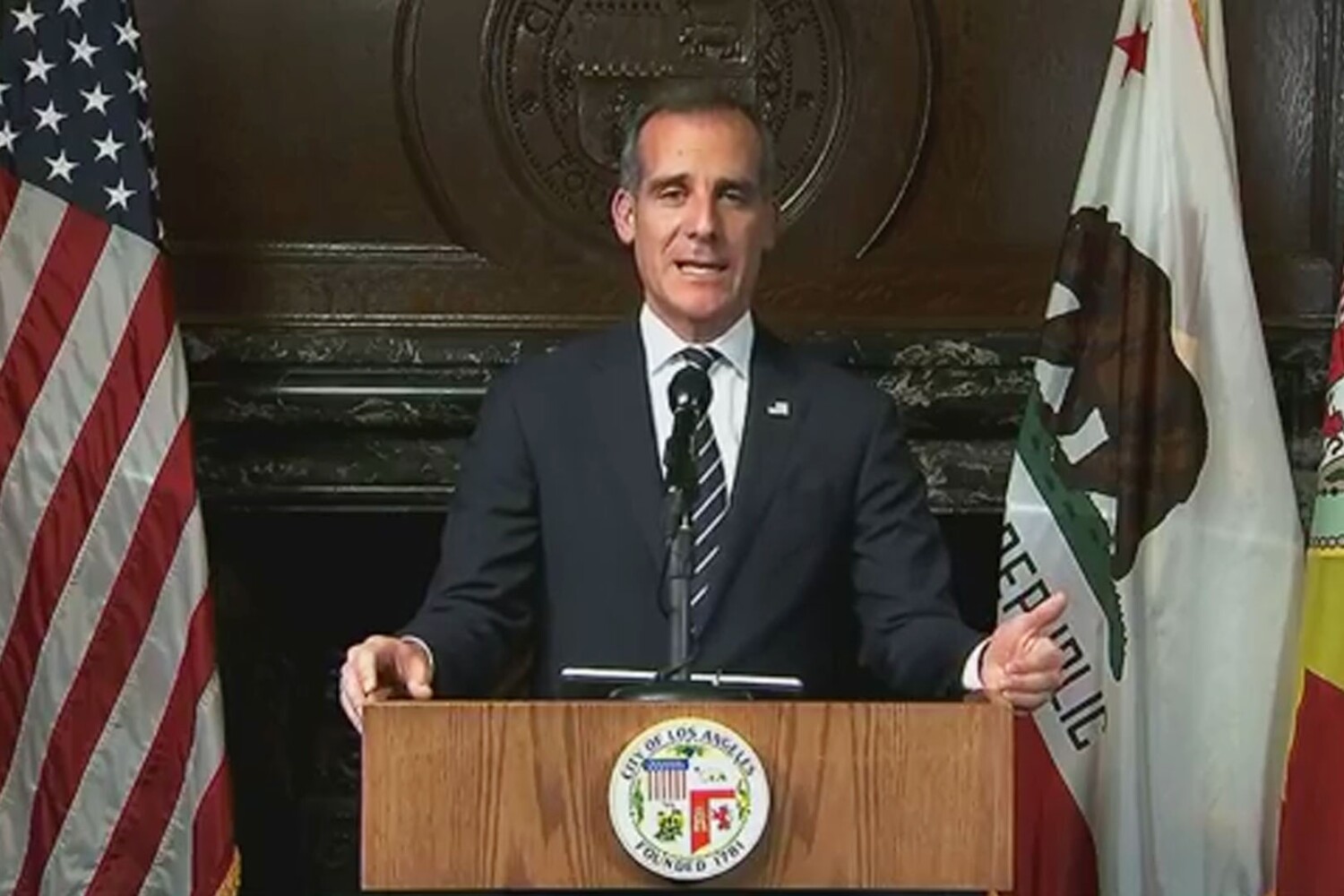 Los Angeles Mayor Eric Garcetti has a fever and cold symptoms and is expected to return to Los Angeles by next weekend, he told his staff in an email Thursday.

Garcetti, who tested positive for the coronavirus this week, is isolated in a hotel room in Glasgow, Scotland. In the email, reviewed by The Times, Garcetti told his staff that he would continue to work from his hotel.

“As some of you who got COVID know, this is a virus, but I’m doing pretty well – just a few fevers and headaches right now, probably a reflection of the strength of the vaccine I got earlier this year. , “Garcetti wrote.

The mayor, who is fully vaccinated, tested positive to attend a United Nations conference on climate change.

His message to his staff on Thursday was something different than what he had told a news station a day earlier. Garcetti told KABC-TV on Wednesday that he “felt great” and raised the possibility that his test result may have been a false positive.

Garcetti is temporarily scheduled to return to Los Angeles on November 13, according to a letter sent Wednesday by his interim chief of staff to Council President Nury Martinez.

Garcetti, 50, received his first dose of the Modern Vaccine in January. According to guidelines at the time, he had not yet lined up to receive the vaccine, but medical staff recommended that he receive the shot because he worked at Dodger Stadium as part of the city’s vaccination.

He received his second dose in February and plans to receive a boost “as soon as it recommends him to do so,” according to a spokesman for the mayor.

In his email Thursday, Garcetti told his staff that he will continue to be able to join employee meetings via Zoom.

The mayor also joked that he always wanted to do a “10-day holiday to Scotland, but this is not exactly what I thought! However, I will work hard from here and I wanted to let you all know that I am fine. ”

The Centers for Disease Control and Prevention recommends that individuals who tested positive for the coronavirus and have symptoms be isolated from others for at least 10 days after the first appearance of signs of disease. Individuals should also not be around others until they are free of fever for at least 24 hours without using a fever-reducing medication and show signs of improvement in symptoms.