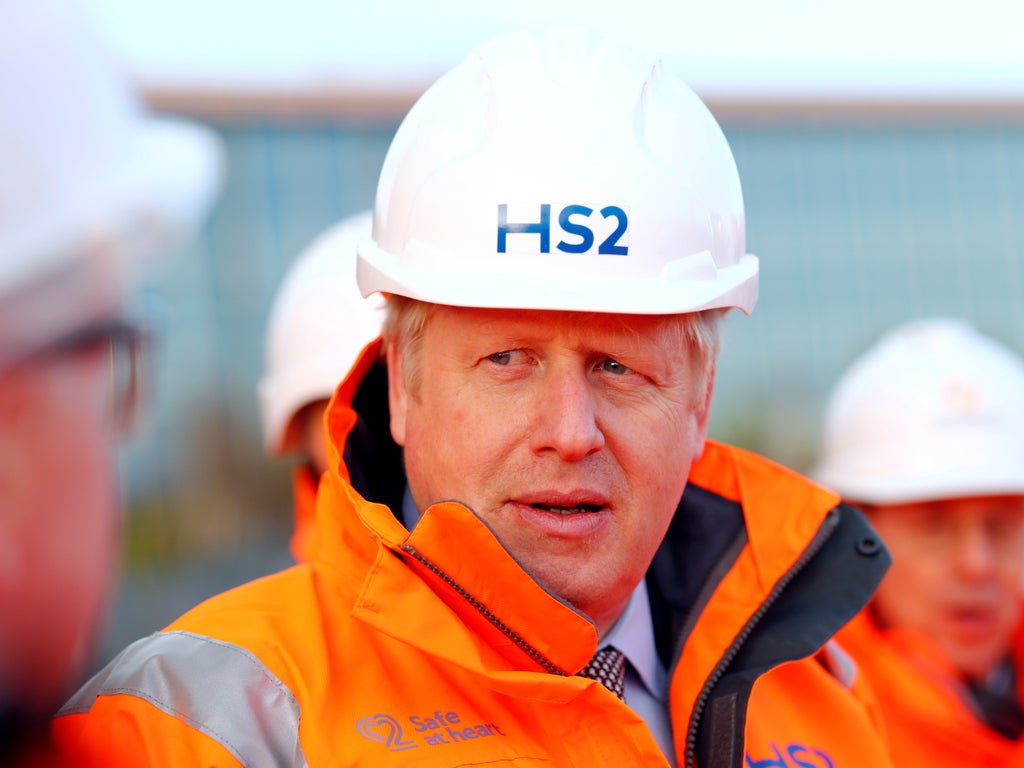 The HS2 Leeds branch and Manchester to Leeds line were key points of the “Northern Powerhouse” project. By removing them, the government has left a giant hole in our future economy.

Transport for the North estimates that delivering Northern Powerhouse Rail (NPR) plans could fully create 100,000 new jobs. This includes many well-paid, skilled jobs and apprenticeships. There will now be far fewer jobs – lost not only from the canceled railway projects but from the new industries that increased rail capacity would have supported.

The NPR plan was designed with local expertise to support the transformation of our regional economies with modern, high-capacity links from east and west, and to neighboring industry and communities in the Midland.

Transport Minister Grant Shapps drastically reduced the plan. He tried to mitigate the blow by promising that journey times would be at least as fast as they would be with the HS2 subsidiary Leeds. But this has always been about much more than travel time.

Despite the name, the main advantage of the High Speed ​​2 project is not speed, but ability. High-speed services currently share lines with slower services and freight. This limits the number of high-speed trains that can travel.

The cut plan focuses on improvements to existing tracks, such as electrification and signal technology. This may take the current tracks closer to their limit, but no longer. Our regions need a plan to break through those boundaries. We need HS2 fully.

Putting high-speed services on a separate line would allow them to operate much more often. And it would free up capacity on current lines for much more load.

This significant expansion of passenger and freight capacity would create the conditions necessary to attract commercial investment, create new jobs and put our regions on a faster growth path, with a greener transportation network.

We don’t lack the talent in the Midland and the North to compete with anywhere in the world. But we need the infrastructure to match. And without the subsidiary of HS2 Leeds, many of Northern Powerhouse’s promises are impossible to deliver.

Along the HS2 route there would have been a new East Midland hub station, which could help Nottingham and Derby develop into a single economic area. That development plan, and the prosperity it could bring, now lies in rags.

HS2 is a north-south link project. Northern Powerhouse proposals also recognized the long-standing need for much better east-west connections. But here, too, plans were cut.

To stay up to date with all the latest opinions and comments, sign up for our free weekly Voices newsletter from clicking here

The trans-Pennine NPR line from Manchester to Leeds would have opened a new direct route from Liverpool to Leeds. But this vital backbone of Northern Powerhouse Rail has been removed. And the government has blocked plans for a new tube station at Manchester Piccadilly.

Bradford – a city of half a million people – is not yet on a major line. It needs a new train station with a mainline connection. But this victim in the cut plan is emblematic of the prime minister’s failure to fulfill his promise to “spread an opportunity” to northern communities.

This is more than just people in the North and Midland who are fed up of being treated again as poor. As the Prime Minister noted, the success of Britain depends on all our regions reaching their potential.

Working people across the country need the economic prosperity that restoration of the full HS2 routes and Northern Powerhouse Rail plans will bring to the UK.