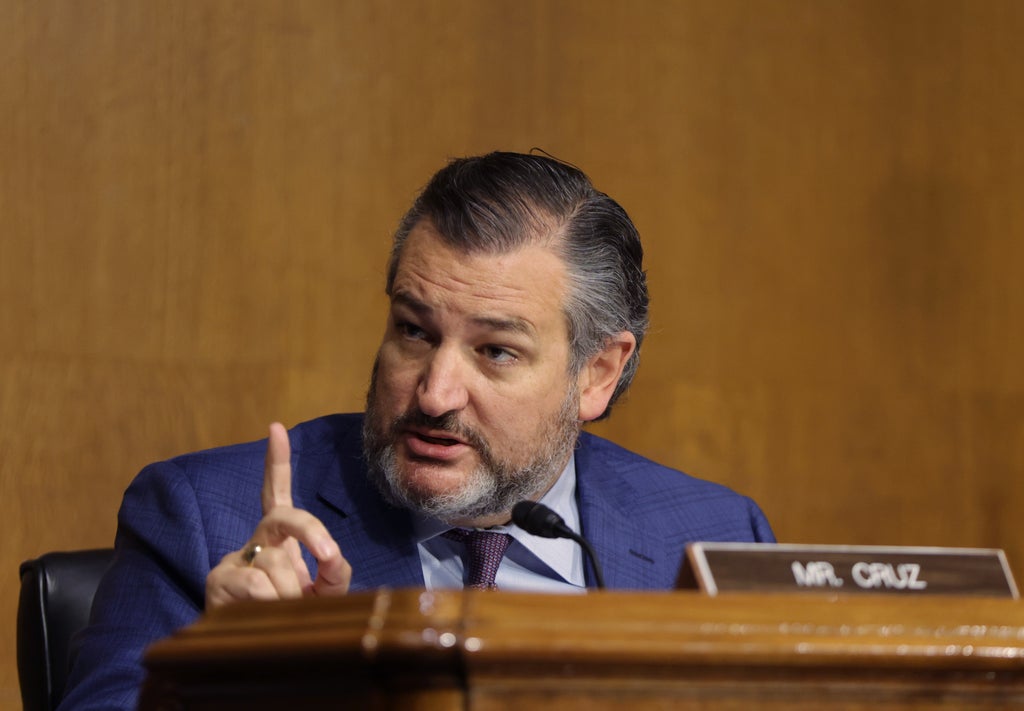 Republican Congresswoman Liz Cheney accused her colleague Ted Cruz of playing the “secessionist vote,” her last side against the conservative Texas senator.

The most recent altercation between the GOP stars began Saturday morning, with Senator Cruz reacting on Twitter to a CNN segment about the Wyoming representative possibly running for a higher office in 2024.

Mr Cruz said Ms Cheney would have a promising start to the presidential election year – as a member of the opposition party, noting, “It’s called the Democratic primary.”

In doing so, Ms. Cheney retorted to the Texas lawmaker, saying he was trying to woo the “secessionist vote” and referenced the role the Republican party, then President Abraham Lincoln’s party, played in supporting the Union during the Civil War.

“I know you’re standing up for the secessionist vote, Ted,” she wrote on Twitter. “But my party, the Republican Party, saved the Union. You swore to the Constitution. Do so. ”

Senator Cruz previously enjoyed the idea of ​​his state separating from the United States. During an appearance earlier this month at Texas A&M University, he said he would consider succession if Democrats achieve some of their signature political priorities.

“If the Democrats end the obstruction, if they essentially destroy the country, if they pack the Supreme Court, if they make DC a state, if they federalize elections, if they massively expand voter fraud, there may come a point where it is hopeless.” Mr. Cross said.

Mr. Cruz, along with Missouri GOP Senator Josh Hawley, led the effort deny fully attesting to the results of the 2020 presidential election, usually a symbolic step that takes place after each state has fully counted its vote totals.