“We’re ready to play them anytime”: Phil Foden fires a warning to Man United that City “feel confident” ahead of the derby on Saturday … although an informed midfielder expects rivals to be “full of confidence” after a better one. result

Phil Foden has warned Manchester United that he is ready for the derby after excelling again in Manchester City’s latest Brugge club thrashing.

The England midfielder opened the scoring as City secured a 4-1 win over the Belgian side at the Etihad Stadium on Wednesday to move within touching distance of the Champions League last 16.

Coming after a 5-1 win in Bruges, the result took Pep Guardiola’s side over Paris Saint-Germain to the top spot in Group A, needing just a point from two games to reach the knockout stages. 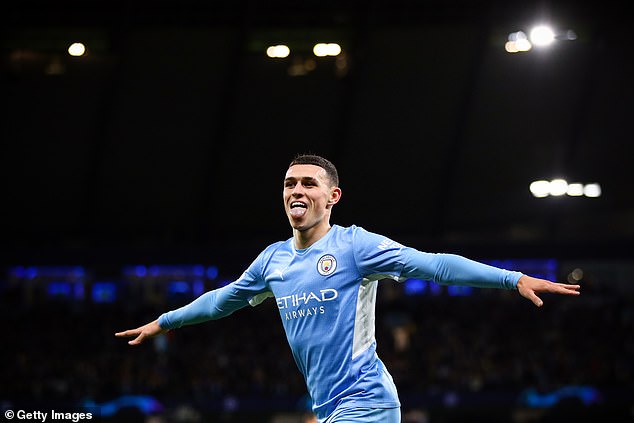 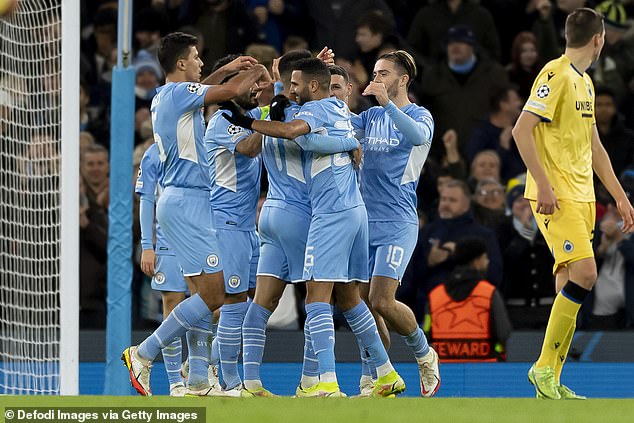 Attention is now turning to Saturday’s Premier League outing to Old Trafford and, after recovering from losses to West Ham and Crystal Palace last week, in form Foden is enjoying the match.

The 21-year-old said: “We had to bounce back from previous defeats, so it will give us confidence in the derby.

‘We are ready to play them anytime. It will be a difficult game because we know how difficult it is at their stadium with their fans but we feel confident. ‘

United were beaten 5-0 by Liverpool last month, but a convincing 3-0 win over Tottenham and a draw at Atalanta in the Champions League later eased the pressure on their manager Ole Gunnar Solskjaer.

Foden said: ‘They’ve got two good results lately, so they’ll also be full of confidence. It’s going to be a really tough game and I’m looking forward to it. ‘

City proved too strong for Brugge on an impressive second-half display.

Foden’s 15th-minute strike was immediately canceled out by a strange own goal from John Stones but Riyad Mahrez restored the lead after the break. Raheem Sterling then added a third and Gabriel Jesus completed the scoring with the last kick of the game. Joao Cancelo provided three assists. 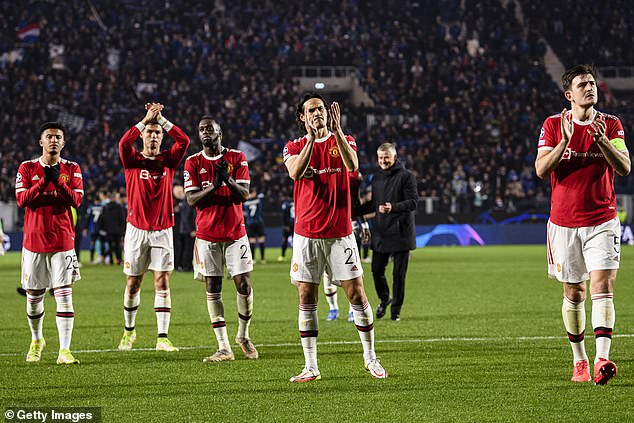 With a PSG draw at RB Leipzig, City are now in a strong position ahead of their home meeting with the French outfit at the end of this month.

Foden said: “We were a little lazy at times in the first half, but we still controlled the game and created opportunities. I’m glad we put it together in the second half and played much better.

– We are always looking to finish top in the group. We still have a few more games to finish it hard and that’s our goal. ‘

Foden missed the first month of the season due to injury but then made up for lost time with a series of outstanding screens and his goal on Wednesday was his fifth of the campaign.

Reports have suggested his performances are poised to win him a lucrative new contract.

He said: “I enjoy scoring, it’s good for the confidence, but I know how strong the team is and how many quality players we have, so it depends on who the manager chooses.

‘I’ll just keep training and hopefully get on the team sheet. I’m not sure what’s going on with the contract right now but I’m concentrating on playing my best for the team and performing on the pitch. ‘