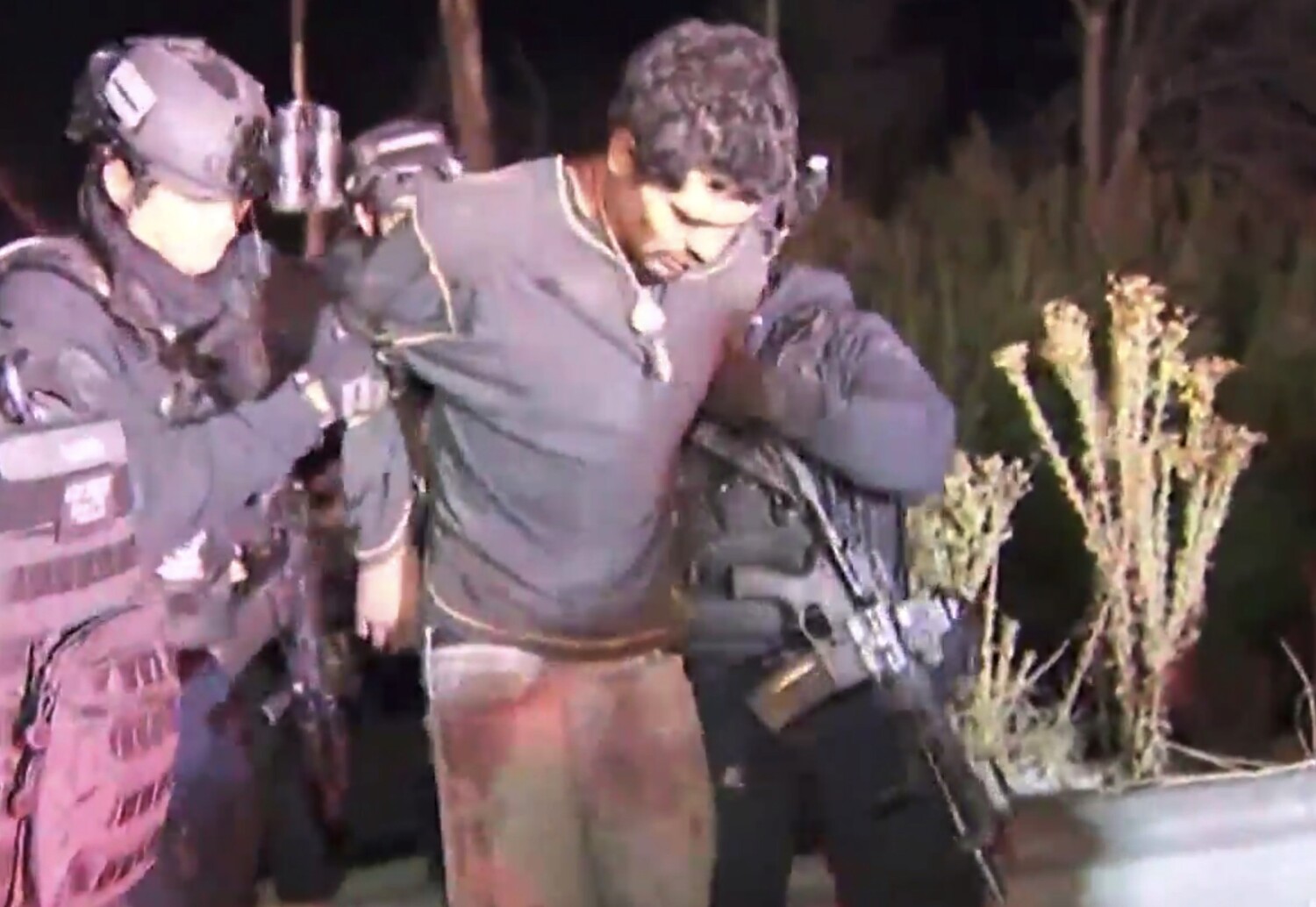 An intense, day-long manhunt for a suspected serial burglar in the San Fernando Valley ended with an arrest late Wednesday, authorities said.

Police K-9 caught the man, identified as 25-year-old Benjamin Renteria, in a dense bush near Hansen Dam around 10:40 p.m., according to Officer Lizeth Lomeli with the Los Angeles Police Department.

An aerial film of the CBS TV Channel 2 scene showed a team of officers and dogs swarming the area around Shadow Hills Avenue and Wentworth Street well into the night. Renteria was later seen in an ambulance, where he reportedly received treatment for a dog bite.

He was booked on suspicion of criminal burglary and is being held in lieu of a $ 240,000 bail, Lomeli said.

Authorities have been searching for a man – allegedly armed and on foot – since earlier in the week. On Tuesday, a SWAT team closed on a hillside area in Sunland but came empty.

Police said Renteria may be responsible for nine burglaries of commercial and residential homes in October and November.

Security videos of the area showed a man carrying various types of guns, including pistols, bolt-action rifles and an AR-15 type rifle.

Nearby residents in Sunland and Shadow Hills were warned to lock their doors and stay alert.