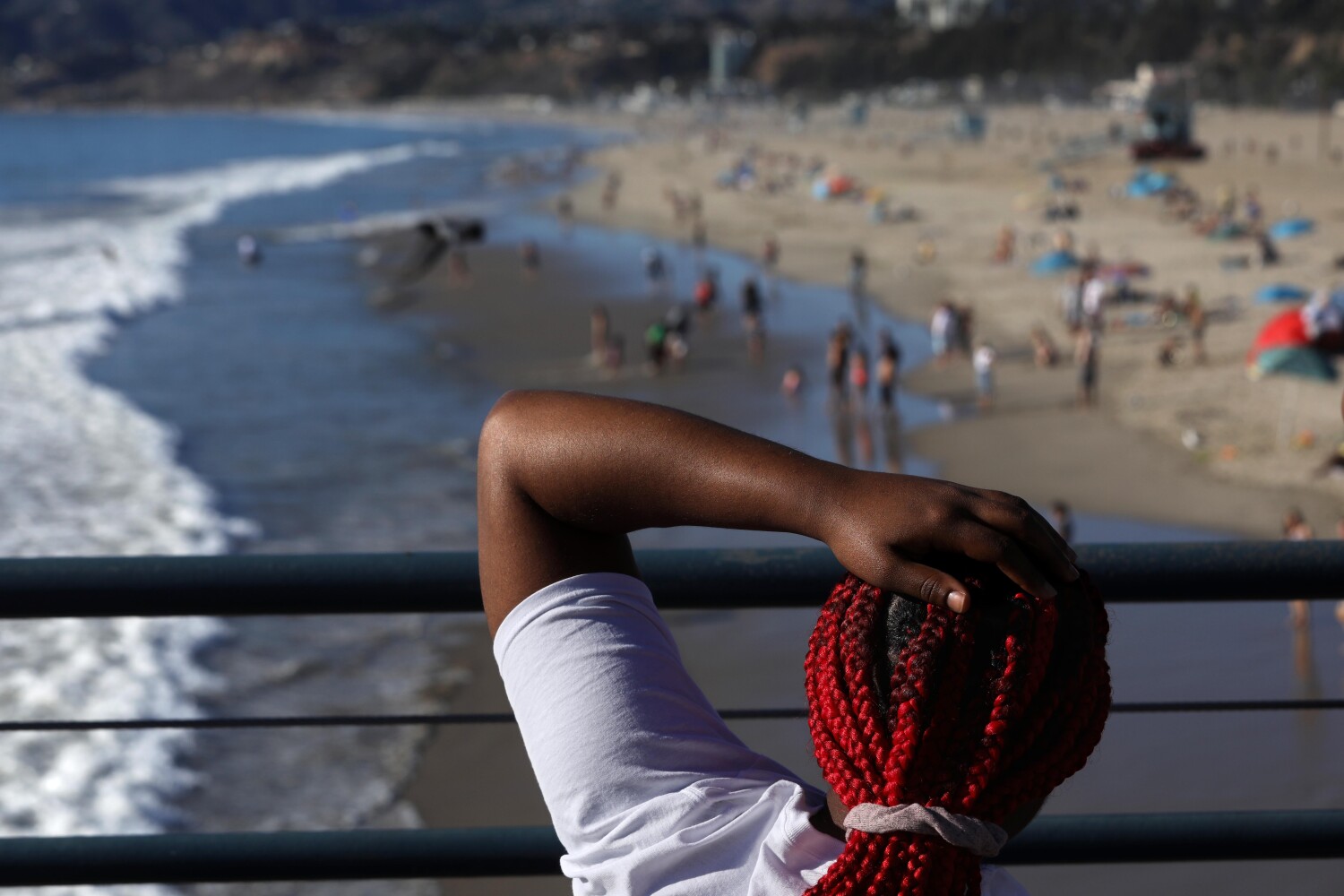 Temperatures are expected to remain high for a few more days in Southern California, as the tail of a Santa Ana wind event keeps conditions warm and dry.

Saturday was expected to be a few degrees colder than Friday, when record temperatures were recorded across the region, but desert areas like Lancaster and Palmdale could still set daily records, said Joe Sirard, a meteorologist at the National Weather Service in Oxnard. Temperatures were predicted to be about 12 to 18 degrees above normal.

Sirard said winds were mostly down Saturday, with the highest gusts forecast to be 15 to 25 mph. The exception was San Luis Obispo County, which could see gusts of 30 to 50 mph.

But the heat was expected to stay around on Sunday and Monday, with temperatures in the 1980s in most places up to around 90 in the valleys, before cooling off by Tuesday, he said.

Humidity levels were also expected to fall on Saturday, with values ​​in the teens to low 20s possibly falling to the top single figures in some places in the afternoon, he said.

This prompted forecasters to warn of short and isolated periods of critical fire weather, mostly in mountainous and valley regions.

“It could be dangerous if people start doing things that could cause sparks,” Sirard said. “The fuels are still very dry out there and they are easy to burn. Even with lighter winds, a fire can spread fairly quickly with how dry things are. “

Last month’s rains were insufficient to pull the region out of drought, he added.

The hot, dry conditions were caused by an upper-level ridge of high pressure combined with a northeasterly sea current that keeps warm air down in the lower levels of the atmosphere, Sirard said.

“That causes temperatures to warm up under the mountains and down to the coast,” he said. “And as long as the sea breeze lasts, even on the beaches it will be warm.”

Coastal regions are watching temperatures in the lower 80s, he said.

Terrestrial flow is expected to increase on Tuesday and deepen the sea layer, with some clouds starting to appear in the morning and temperatures returning closer to normal for this time of year, he said.

That comes after record heat was recorded on Friday, with temperatures setting new daily records at Camarillo, Long Beach, Bob Hope, Santa Barbara and Palmdale airports; as well as at UCLA, Lancaster Fox Field and in Oxnard, according to preliminary data from the National Weather Service.

Although the heat is unseasonable due to the unusually strong high altitude, the conditions are quite typical for this time of year, when Santa Ana winds are most frequent, Sirard said.